Ok, I give in. I decided to jump on the silhouette bandwagon.
I usually veer away from doing what everybody else is doing, and let's face it, a bazillion people in blogland are putting their spin on the silhouette craze right now.......... but, that was before I found some great new bird stencils. I didn't care who was doing it - I was going to use those stencils.
~~~~~~~~~~~~~~~~~~~~~~~~~~~~~~~~~~~~~~~~~
I've had some black and cream houndstooth fabric and a stash of washed canvas sitting in my fabric closet for a while, and I really wanted to use them for some pillows, but I couldn't decide what to put on the fronts.
And then I saw this over at Tracy's Trinkets and Treasures, and I had to have it.
Not the bench, although it's fabulous, but the bird stencil.
She said she got it at HL, so I immeditaely put it on my shopping list. 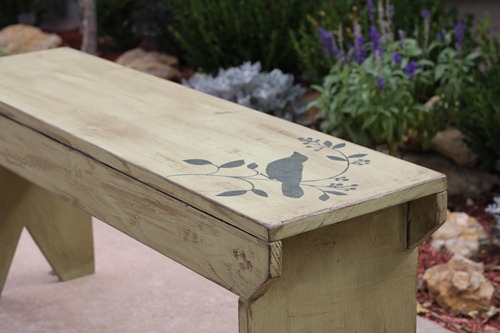 (If you don't already know Tracy, you should really check out her blog and see all of her great projects.) 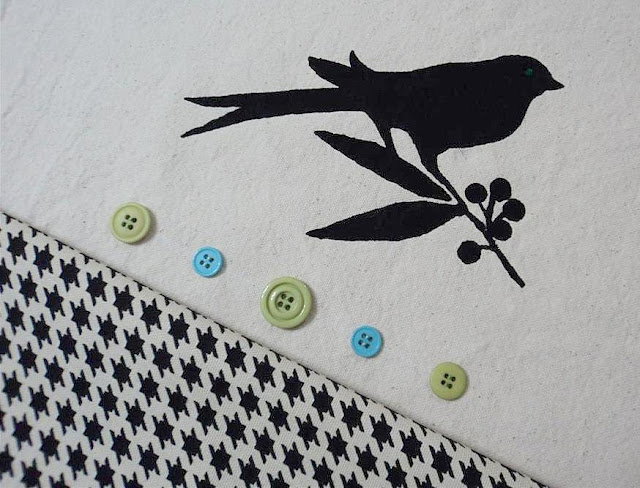 I got so excited about getting these done that I forgot to take many before pictures.
TIP: When I use stencils, I prefer to use the small bottles of acrylic paints, but I always mix them with a little bit of clear glaze to 'water' them down a bit. Makes it so much easier to paint on fabric!
TIP: Another tip for using stencils - invest in the stencil adhesive spray. It's a lightweight ashesive that you can spray on the back of your stencil to hold it in place. I was out of it at the time, and I really should've waited until I got more. These stencils had lots of little pieces that would've stayed in place much better if I had. 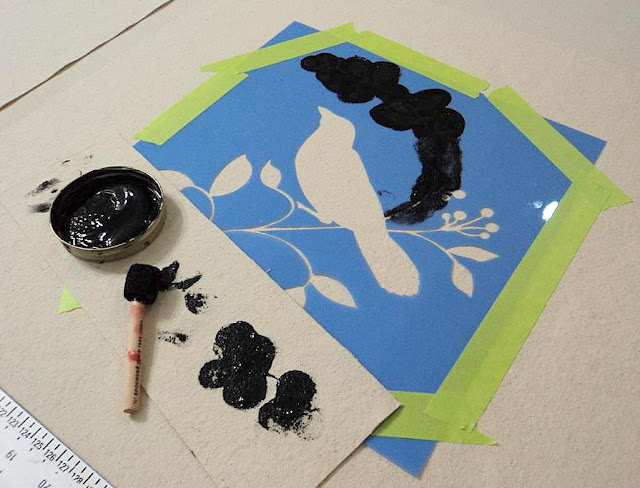 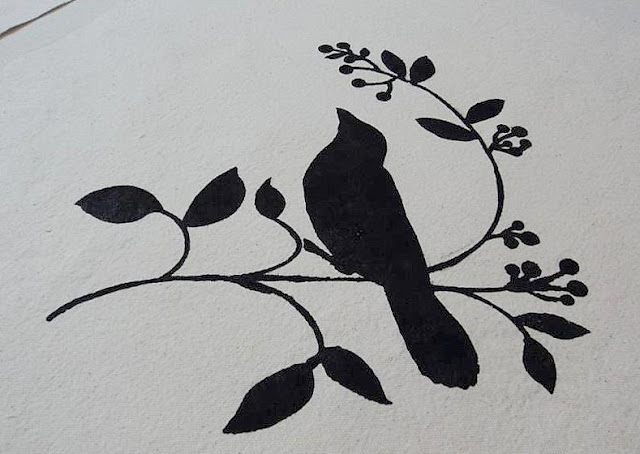 Here's another. (I added a few buttons to the smaller stencils to fill in the space a little more. I also added a rhinestone for the eye to give it some sparkle.) 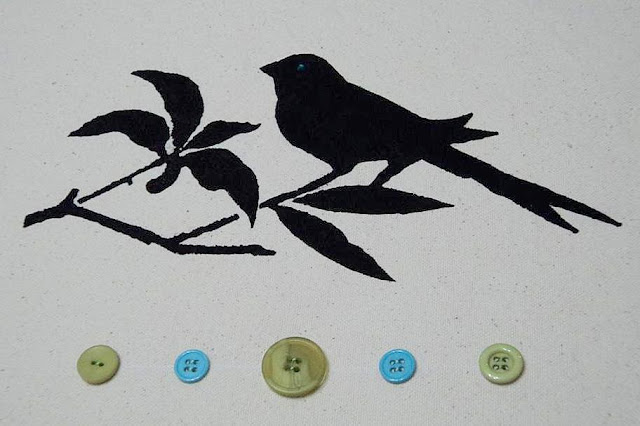 And the last one. (I see I have some overflow paint that needs cleaned up. :( ) 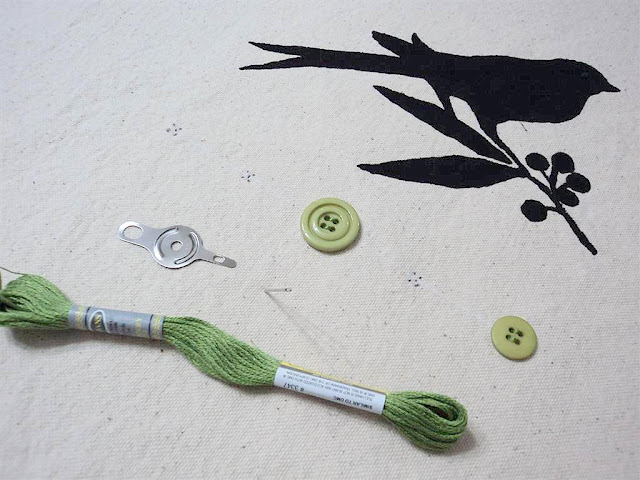 (More on placing and marking buttons in an upcoming Tips on Tuesday in the Home Decor Series.)
Here's what I've finished so far, along with the pics of the other two I still need to put the backs on. 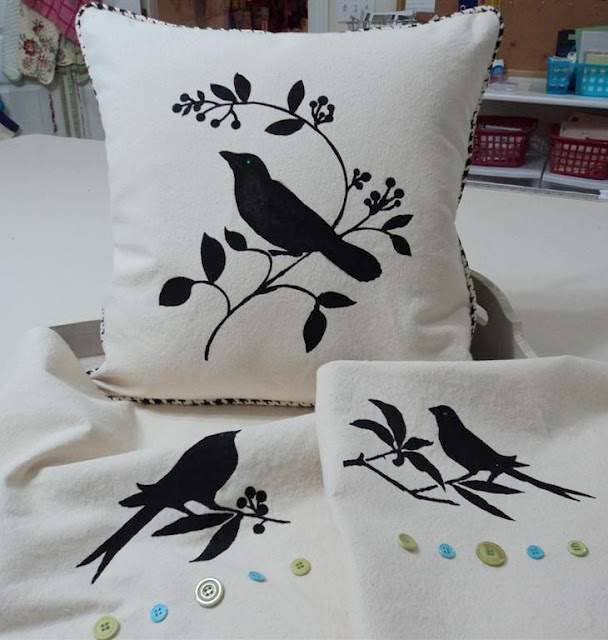 I love the contrast of the black houndstooth on the back and in the cord. 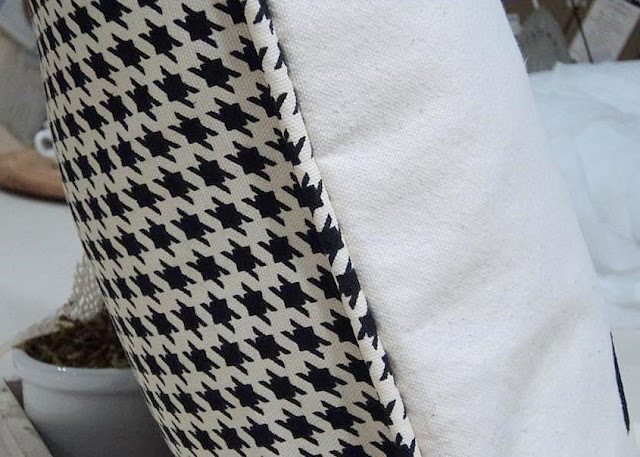 If you want a complete tutorial on how to make a corded, zippered pillow just like a pro, click the link.
What have you made with birds?
Let me know so I can go see.