Buttons & Lace are all you Need to Look Like a Little Lady!

UPDATE 12/29: Little Lady Lampshade just got a new home. She'll be off to Brenda at Cozy Little House in the morning. Thanks Brenda!

Head on over there and see what everybody is doing this week.

Did the title fool ya? Did you think you were going to come here and see me all decked out in something reminiscent of a corseted Victorian dress adorned with buttons and lace? Well, sorry, but that taint me!

I do have something even better though! I've dressed my lampshade up to look like a little lady. 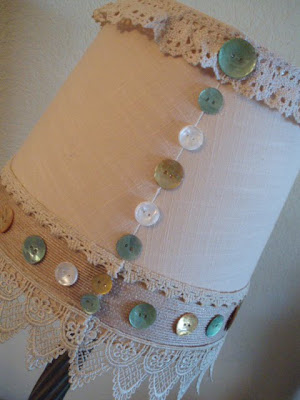 I was going through my workroom last week and came across this dented little muslin shade. Can you believe I almost threw it away? What was I thinking? I set it on my work table while I continued to clean, and when I went back to the table, I realized that all of the things sitting out on the table with it would look great on the shade.

Sooo, I pulled everything together and started adding things one layer at a time. 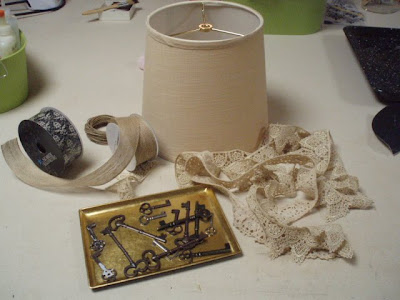 (I keep trying to use those keys on every project I start, but it just doesn't seem to happen).

Anyhoo, I got out that new favorite glue of mine. (The Scotch Quick Dry Adhesive - love that stuff!), and started adding the trims. I had no idea where I'd end up, but I rarely ever do when I start something new. 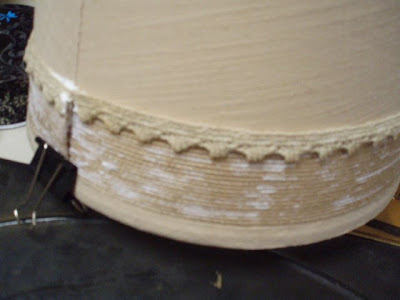 See how much glue I put on there? Can't be too safe. It dries clear, which is good, because then I know when it's completely dry. 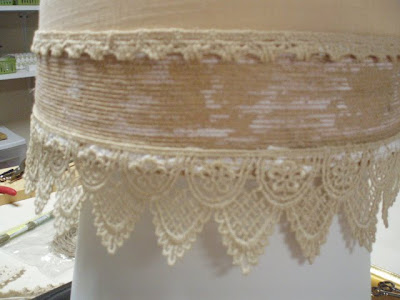 I had to prop the shade up on a small wastebasket so that the fringe could hang loose at the bottom.

I used clips to hold the trims down where they meet until they dried. 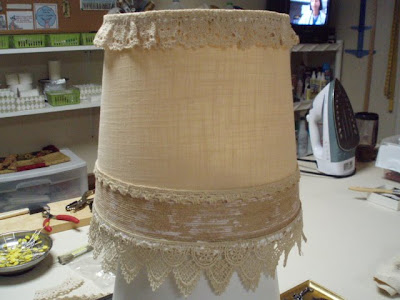 When I got to this point, I thought I'd be finished, but then I realized it didn't have enough color for me. So off to the button jars I went.

I found some great shell buttons in greens and golds, so I thought I'd try them out to see how they look. 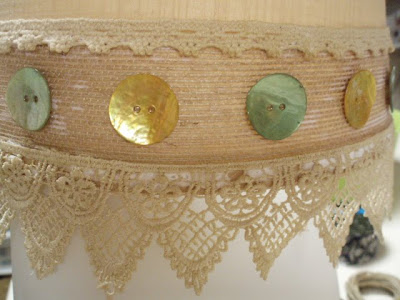 I think I like them. Let's keep going. See how that glue in the burlap is starting to dry clear?

I used E6000 to put the buttons on. It's thicker and sets up just as fast. 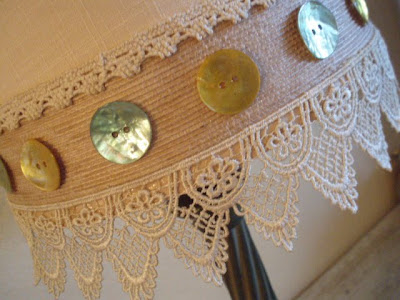 As I started to add a few more buttons down the back seam, I thought it was starting to look like a victorian dress, so I decided to make the back the front! 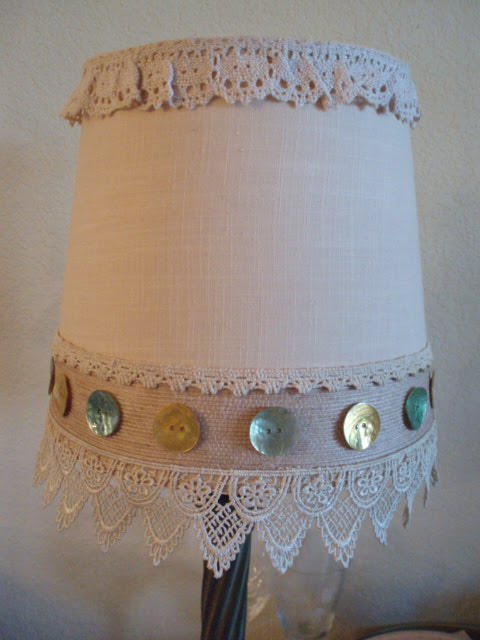 I just love my little lady! And if YOU love her too, you can find her in my etsy shop.