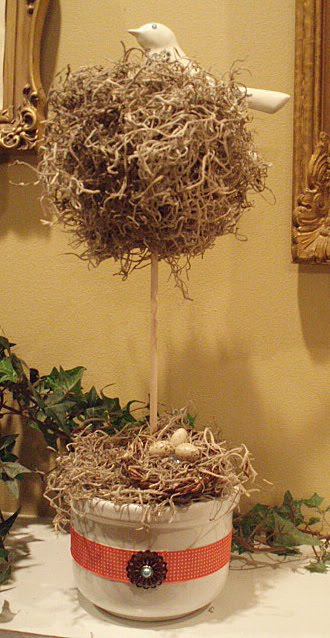 I love a good bird nest, don't you?
I bought a few little white pots a couple of weeks ago at the GW and thought I'd use them for herbs. 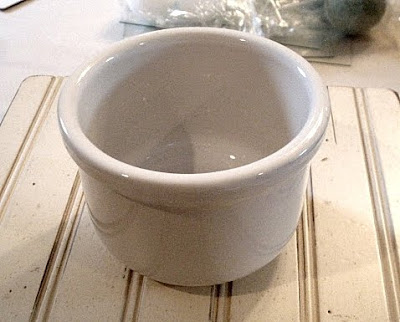 But, how many times does something actually turn into the first thing we envision? In my case, not often.
So while I waited to find just the right vinyl font for the herb lettering, I changed my mind.
Playing in my craft room while getting ready for the flea market, I discovered I had moss, styrofoam balls, birds nests, and a slew of embellishments. So, I decided to create topiaries instead.
I gathered all of my goodies and started to see what I could up with. 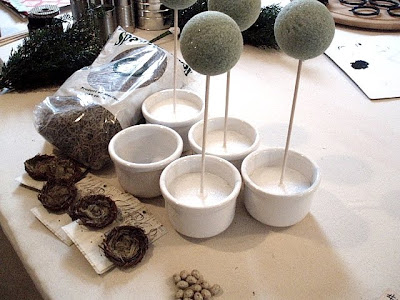 1. I started by pushing some flat circular foam pieces into the bowls. They fit really snug so I didn't have to bother with any glue at this point.
2. Next, I pushed a small styrofoam ball onto a little dowel rod. I made the hole, then backed the rod out and filled the hole with glue before putting it back in so the ball would stay in place.
I still wasn't sure what I wanted to put on the pots so I decided to go ahead and fill them with moss while I thought about it. 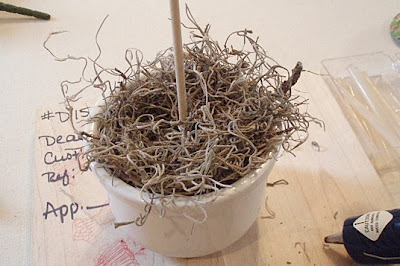 3. I covered the foam with a lot of hot glue and then packed the moss on top.
At this point, I decided to try putting some pretty rub-ons on some of the pots. Worked great.
(Can you see there is no rhyme or reason to my order? I had 4 of these to do, so that's why this one doesn't have the moss yet - Iwas playing, obviously out of order.) 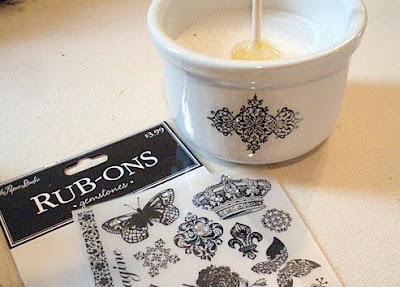 Next, I put a little moss on the nest and glued in a few eggs, then pinned it in the moss bed 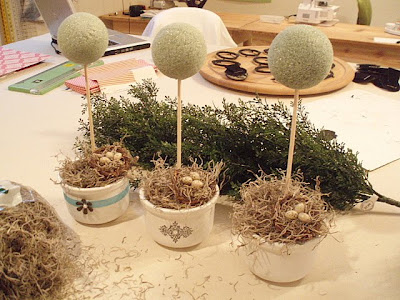 (See that turquoise strip? That's some Martha Stewart Crafts decorative tape. Actually, it's an adhesive ribbon that's extra sticky, so I thought I'd see if it worked on the pots and it did. You'll see a pink one also.)

4. The final step was to put the moss on the styrofoam balls. To make this easy, I layed a lot of moss on the table and squirted the hot glue on it. Then I rolled the ball over the moss and covered it up. When it gets fully covered, be sure to press down all over it to pack it in place.

After I got that finished, I remembered that I had some metal birds I picked up at Hobby Lobby that I wanted to put on the top. I burried them in a blob of hot glue and held it in place while it dried. Then I added turquoise rhinestones for eyes.
Here's the finished topiary! 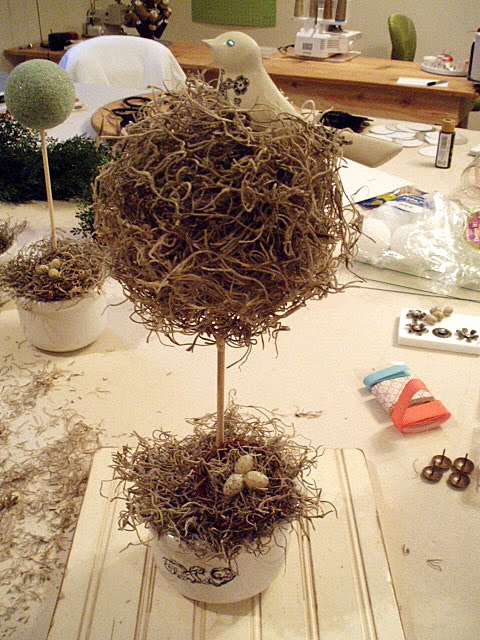 I completed 4 of them, and here they are. 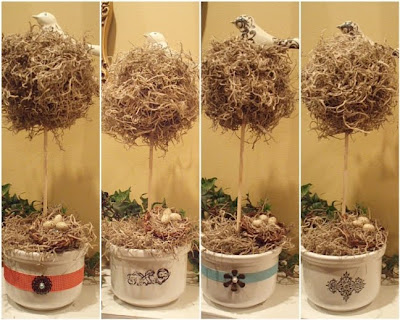 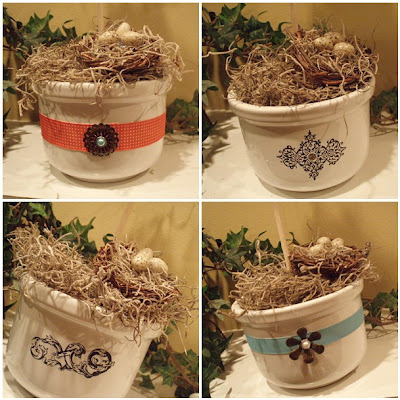 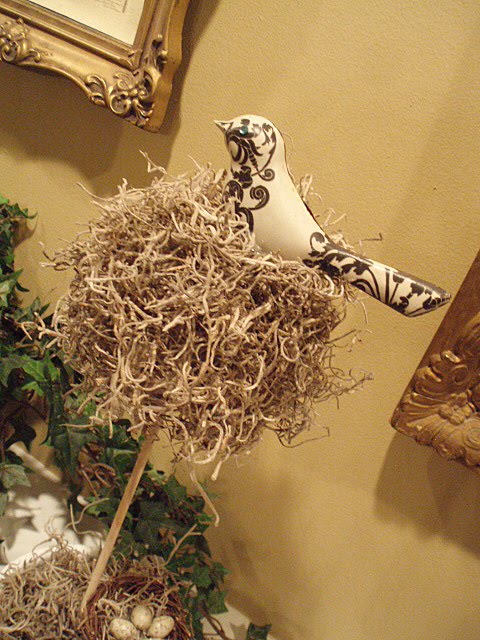 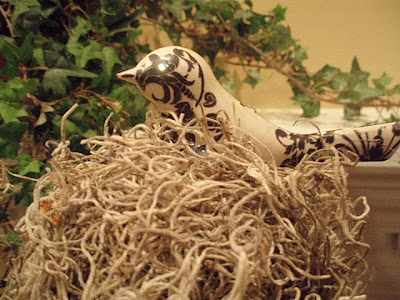 A Room to Inspire

A Few of My Favorite Things
Posted by Unknown at 8:30 PM